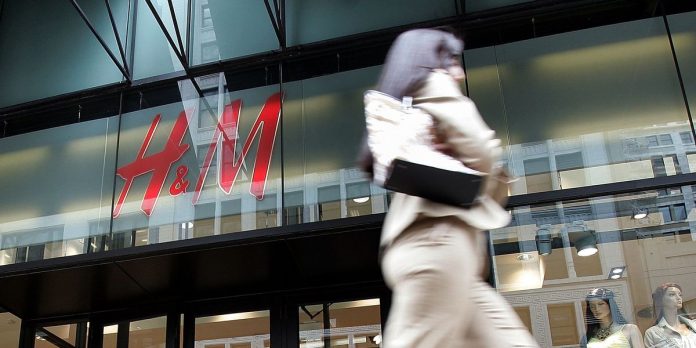 This year, the average person will buy 68 garments, and wear each piece only seven times before disposing of it, according to the Wall Street Journal.

It wasn’t always like this. In 1980, people bought five times fewer pieces of clothing, and kept them for far longer—but the rise of fast fashion has drastically changed the clothing industry, flooding the market with cheap, poorly-made garments.

What used to be a rare purchase, thoughtfully considered, has turned into a series of impulse buys, made at ever-shorter intervals. Consumers can pick up a new Zara dress each week without a second thought, then toss it after donning it once or twice. And while it’s great to see good style democratized, this new business model has had disastrous effects.

Below, how we got here—and how we could maybe go back.

“Fast fashion” refers to clothing manufactured at warp speed and sold at a low price point.

Companies in the fast fashion game (you know the big ones: H&M, Zara, Forever21, Fashion Nova, and their ilk) sell very cheap clothes. And rather than releasing two or more collections at certain times each year, as was the standard in the fashion industry for generations, they constantly push out new product, enabling them to keep apace of rapidly evolving consumer tastes. Famously, Fashion Nova takes this to the nth degree, rolling out imitations of Kardashian-approved looks just a day or two after said Kardashian debuts a new dress on Instagram.

This business model wasn’t born on social media, but the internet has certainly exacerbated the problem.

Dana Thomas, a veteran style reporter and the author of Fashionopolis: The Price of Fast Fashion and the Future of Clothes, traces the rise of fast fashion to the late 1980s. In the decades since, we’ve seen clothes decrease in quality as they increase in quantity.

Social media has only accelerated the problem. The desire to never be photographed in the same outfit twice, combined with the constant advertising—both in influencer’s sponsored posts and actual ads—interspersed in users’ Instagram feeds, fuels a desire for constant wardrobe renewal. As one teen recently told the New York Times, “I wouldn’t really want someone seeing me in a dress more than once. People might think I didn’t have style if I wore the same thing over and over.”

The industry has faced frequent criticism for its outsize environmental impact.

There are some very real ecological costs associated with these bargain-basement price tags—and in recent years, fast fashion’s environmental toll has only increased. According to the United Nations Environment Program, 10% of global greenhouse gas emissions are attributable to the clothing industry—more aviation and shipping combined, per the Los Angeles Times. It’s also responsible for a large portion of water pollution worldwide, and uses copious chemicals.

Of the clothes produced, approximately 20% are never purchased, and quickly find their way to landfills. (Famously, H&M found itself with $4.3 billion in unsold clothing back in 2018.) More garments than ever are made with synthetic fabrics that don’t naturally decompose, compounding the waste problem.

Brands in the fast fashion space are also often caught exploiting workers, both internationally and domestically.

Fast fashion’s low price points rely on even lower manufacturing costs. To keep margins as high as possible, brands outsource production to companies all over the world in search of cheap labor. This poorly regulated supply chain has created unacceptable working conditions for people around the globe. For many, the 2013 collapse of the Rana Plaza garment factory in Bangladesh, which killed 1,100 and injured many more, has become a symbol of how bad things have gotten.

But this isn’t just an international problem. Contractors in the US producing clothes for fast fashion companies have been caught paying employees far below the minimum wage. A recent New York Times investigation, for example, revealed that workers creating Fashion Nova clothing in Los Angeles were being paid as little as $2.77 an hour.

When a brand is called out for substandard working conditions, they often claim ignorance, noting that they commission third party companies to produce their products. As one Amante designer told the Times, “We don’t own the sewing contractor, so whatever the sewing contractor does, that’s his problem.”

Thankfully, there are some alternatives—but they often have their own downsides.

Generally speaking, consumers have two ways to avoid supporting fast fashion: buying from more ethical brands, or purchasing used clothing. (And either way, the longer you keep something in your closet, the better.)

Everlane is often hailed for its transparent supply chain, but the recent news that the company’s customer service team is unionizing reveals that even purportedly virtuous brands can have their shortfalls.

The RealReal, an online marketplace for secondhand designer clothing, informs customers about the environmental costs that will be avoided or offset by buying each used item. Still, the company, which claims to authenticate every designer item, has been repeatedly accused of selling fakes.

What is ‘phygital’ fashion? – News

A Conversation With Awaytomars By Allan Gregorio

The fashion models struggling with a life of debt

Why more women are spending big on one-off clothes