Home Street Style Coming to a catwalk near you: fashion goes off the main circuit 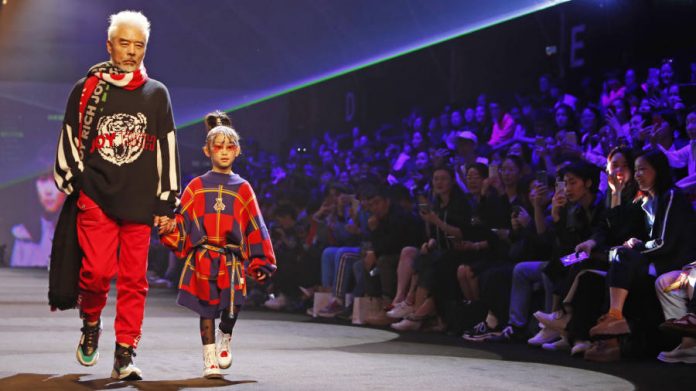 Fashion month is over after the showcase events in New York, London, Milan and Paris. Where next? These cities are putting fresh designers, sustainability and alternative cultures on the map:

Since its debut in 2003, Shanghai’s fashion week has expanded to accommodate the growing ranks of homegrown talent — many living abroad — keen to show in China. New York-based Angel Chen, known for splicing traditional, colourful Chinese brocades with luxury streetwear, has shown here for the past three seasons.

Opening Shanghai Fashion Week on March 29 is London-based Xu Zhi, who has been named one of the finalists for the inaugural Business of Fashion China Prize. Six finalists will compete during the forthcoming fashion week, with the winner receiving $100,000, BoF community mentorship and a show at London Fashion Week in September.

And watch out for Gen-Z Shanghai-based design duo Liushu Lei and Yutong Jiang, founders of Shushu/Tong. Since launching in 2015 they have been nominated for the International Woolmark Prize and have amassed a global following — including influencer Susie Bubble — thanks to their bold and exaggerated silhouettes. “China is our home market, as well as our biggest market so it makes sense for us to show in Shanghai,” says Lei.

Fast fashion is swiftly becoming, well, unfashionable. And nowhere more so than at Tbilisi Fashion Week. Begun in 2009, last season the Georgian capital launched the slogan “We Must Take Care of Nature” with a schedule dedicated to promoting eco-fashion. Tako Chkheidze, Tbilisi Fashion Week founder and editor of local fashion and culture magazine Nargis, added to the programme an Eco Market, which presented local eco-products.

Even the staging for Fashion Week was an paean to the environment. The SS19 collections were presented at Ghvinis Ubani, a wine factory turned arts space, and rather than the traditional catwalk, the floor was covered with a pasture of grass. A designer to watch? Tatia Korsava: the 25-year-old won the prestigious New Talents award for new emerging designers at the last Tbilisi Fashion Week and founded her eponymous label with a mind to reflect on environmental issues. Her SS19 menswear collection, “Post-Apocalypse”, showcased clothing created to protect the body from ecological threats and models wore warning-sign yellow trenchcoats, rubber boots and gas masks.

Toddlers posing for street-style photographers, couple-twinning outfits, gender non-binary clothing and septuagenarian-filled catwalks — Seoul Fashion Week is unlike any other. Staged within the vast futuristic Dongdaemun Design Plaza, the event where many young Asians find their sartorial inspiration is renowned for showcasing fresh young talent, designers using unconventional materials and also, increasingly, as a platform for social and political expression.

At last season’s shows, many designers reacted to Korea’s year of #MeToo with politicians, judges and governor Ahn Hee-jung all being accused of predatory behaviour and more. Collections were peppered with non-gendered tailoring — a key trend — there were also oversized and shapeless trenchcoats, paired with heavy boots in sombre shades of black and grey.

“Stockholm Fashion Week is not a physical place but has an overall function,” states the Swedish Fashion Council. How Scandi. Since its debut in 2005, the bi-annual event has helped propel local brands such as Acne Studios and Totême to international status. Often focused on more than just what’s on the catwalk, sustainability is increasingly at the fore.

Last season saw the country’s fashion industry gather to discuss topics such as the growing geographical distances between fashion consumers and garment workers and what the industry can do to make a bigger and more impactful change. The label to watch? House of Dagmar. Founded in 2005 by three sisters, the brand’s ethos is to make its entire production process both animal and environmentally friendly. Now stocked on Net-a-Porter, its brand of sustainability, featuring animal-friendly fur, recycled polyester and regenerated cashmere, has already seen Instagram influencers Camille Charriere and Pernille wearing their beautiful knits and statement coats.

First staged in 2011, Lagos Fashion Week was a platform for Nigeria-based designers until it opened its doors to pan-African labels last October. Among the new names was internationally known Soweto-born Rich Mnisi.

“Opening it up to designers continent-wide attracted international editors and bloggers, such as Suzy Menkes and Tamu McPherson,” said Nisha Kanabar, co-founder of online search platform Industrie Africa, which promotes young designers from across the continent. “With African fashion at the cusp of a creative boom, and Nigerian fashion at the helm, the stakes are getting higher and the energy at Lagos Fashion Week — on the runway, front row and backstage — is getting increasingly palpable.”