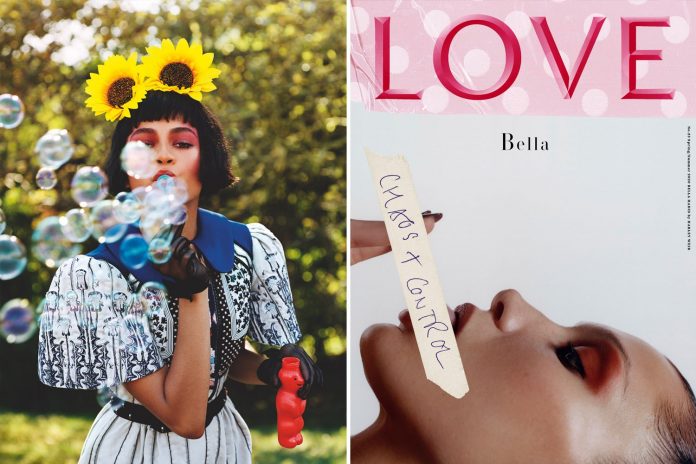 Zendaya says her role as a fashion designer and model helped her make the transition from Disney child star to Hollywood actress.

The 23-year-old, above, found fame on Disney Channel sitcom Shake It Up before breaking into the big screen in 2017 with roles in The Greatest Showman and Spider-Man.

In 2016 she launched her own fashion range, Daya by Zendaya, and in 2018 she was named one of the world’s best dressed women. She has also collaborated on several lines with Tommy Hilfiger.

She told LOVE Magazine: “There was a phase when I was using fashion to identify myself as a person outside of Disney. I think that was why I was able to have a Vogue cover and still be on Disney Channel.”

In the interview, conducted by Ben Reardon with Law Roach as stylist, Zendaya said she had been trying to make the most of her free time before filming starts for the second series of HBO drama Euphoria, in which she plays a recovering drug addict.

“I’m kind of just allowing myself to be as lazy as I want to be because I’m going to be unable to have any kind of social life or off-time once the show starts,” she said. “It’s very demanding and once you go in it, you’re in it.”

She said the show’s creator Sam Levinson had warned the second series would be harder on the cast: “He was like, ‘Yeah, it’s going to be tough. I’m really going to put you through it this time. You were at a five and now you’re at an 11.’”

The fashion models struggling with a life of debt

How To Grow A Small, Niche Brand Sustainably