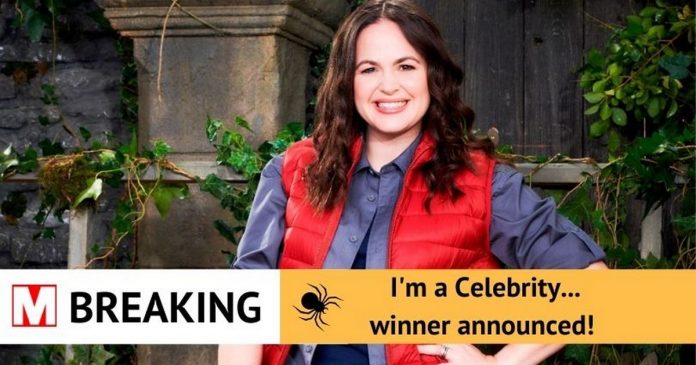 The author, podcast host and wife of McFly singer Tom Fletcher was speechless as the votes came in.

It was said 12 million votes had been cast in a record breaking year, while voting figures are yet to be unveiled.

Jordan North, Giovanna and Vernon Kay were the finalists left to battle it out for the castle crown.

But narrowly missing out on the crown was Vernon Kay in third place, with Giovanna and Jordan left to learn who had won the show between them.

Shane Richie had finished in fourth place during Thursday’s show, with viewers then voting for their winner until Ant and Dec shared who had won towards the end of Friday’s episode.

This was the first ever series of the show to air in Wales, due to the coronavirus restrictions.

Giovanna became the first Queen of the castle – with it not yet confirmed if the show will return to Wales.

As the pair waited for the result, Ant and Dec delivered the news it was a “Queen” of the castle, confirming Giovanna had won.

The star was gobsmacked over her win, and could barely talk to the hosts.

She confessed: “I can’t believe it, people have actually picked up their phones and voted.

“I can’t believe it, it’s been the most amazing experience, ask me in a week.”

The hosts then told her they had voted for her “in their millions”, as Vernon handed over the crown and praised her.


Her runner-up Jordan was proud to have got so far, and called her a worthy winner.

It’s normally filmed in Australia, with the camp being a jungle – last won in 2019 by EastEnders star Jacqueline Jossa.

Jacqueline couldn’t hand over the crown in normal jungle fashion due to Covid-19 restrictions.

I’m A Celebrity is available on ITV Hub now.

We Found the Sexiest Lingerie on the Internet

See how NYC students dressed for their first day of school