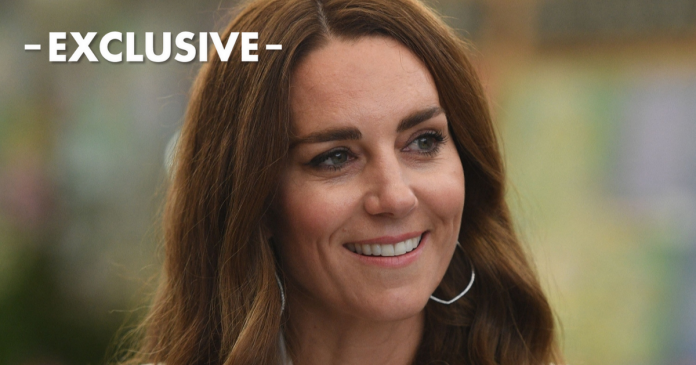 The author, who wrote the biography Harry and Meghan, discussed the Duchess of Cambridge’s evolving fashion in the new documentary Kate: Our Queen in Waiting, which airs tonight at 9pm on Channel5.

In a teaser clip obtained exclusively by OK! Online, Katie explained: “I always remember being told by a former aide that she was initially quite a reluctant clothes horse. But I think as she has grown into her role as the Duchess of Cambridge, she has appreciated the importance of fashion and royal fashion.”

Get exclusive celebrity stories and fabulous photoshoots straight to your inbox with OK!’s daily newsletter. You can sign up at the top of the page.

The expert went on to explain that she does both “high street” fashion and royal fashion, which has “triggered what is known as the Kate affect” – where clothes she wears in public will “instantly sell out”.

Kate, 39, who is reportedly “off the guest list” at Princess Diana’s statue unveiling, was later compared to the former US First Lady Jackie Kennedy, who “changed the whole fashion style for women in America”.

The clip then showed the Duchess stepping out of the Lindo Wing with her husband Prince William, 39, and their newborn child Prince George, now seven, back in 2013.

The narrator explained that the royal knew it was “important to look the part” while royal commentator Emily Andrews compared the outfit to Princess Diana when she introduced her son William on the same steps back in 1982.

“She knew that Diana had done it and she even chose a polka dot dress that echoed a fashion choice that Diana had made when she came out of the Lindo Wing.”

Katie then returned to the screen to add: “I think the brilliant thing about the Duchess of Cambridge is that she is bringing a modern touch to the role, but respecting all of the traditions that come with being a future Queen.”

Become an OK! VIP and you will unlock access to all of our big exclusives…

Be the first to meet the latest showbiz babies, see the most sought after wedding pictures of the year, or take a guided tour around your favourite star’s lavish multi-million pound home – all for free!

While Kate is known for her glamorous gowns and statement dresses, her most recent outing saw her put on a casual display in a pair of jeans.

The royal, who recently shared a previously unseen photo of her husband and kids, was photographed sporting a pair of blue cropped denims, which she tucked a pristine Ralph Lauren white top into.

She teamed the ensemble with a pale orange and burgundy coloured blazer from CHLOÉ, which costs £1,795. She completed the outfit with her favourite £90 Veja white trainers.

She styled her brunette mane down into loose waves that framed her face, which she touched up with some eyeliner and mascara.

The mum-of-three kept the accessories to a minimum as she wore a gold necklace by Daniella Draper, some gold hoop earrings and her sapphire and diamond engagement ring.

Kate was all smiles as arrived at the National History Museum in central London on Tuesday 22 June, where she was met with director Dr Doug Gurr.

How To Do It Without Breaking The Bank