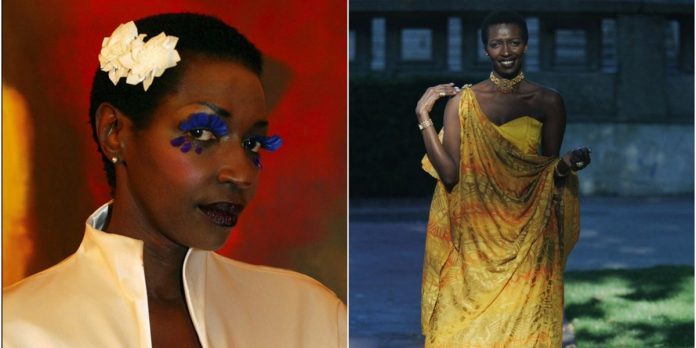 “When I saw my father die, I realized how you can lose everything in one second,” Princess Esther Kamatari said during a Skype interview with Insider.

“He used to be the prince, the huge man. Everyone respected him, children loved him — and he was murdered.

“So I decided to never live in the country that killed my father.”

Hearing such a candid — and heart-wrenching — confession from a princess goes against everything we are taught to believe about the royals. Especially since many have adopted Queen Elizabeth’s “never complain, never explain” mantra through the years.

But Esther’s life hasn’t been anything like the British royal family’s — or any royal’s, for that matter. Having spent her early years as a princess in Burundi, Africa, she was forced to grow up sooner than most children.

When Esther was 13 years old, her father, Prince Ignace Kamatari, was assassinated. Then, her uncle — the King of Burundi — was killed just eight years later, in 1972.

It marked the fall of the monarchy. As a result, Esther used her university tuition to purchase a one-way ticket to Paris, France. She didn’t know anything about the city, except for what the Eiffel Tower looked like in photographs.

Here’s how Esther went from being Burundi’s exiled princess to France’s first Black model — and everything in-between.

Leaving Burundi was difficult, but Esther was somewhat equipped for the lifestyle change.

During her upbringing in the Burundian royal family, Esther’s father would often teach her lessons about humility. For example, he instructed her to walk to school with the children whose parents didn’t have a car.

“We used to go together, by foot, because my father would say: ‘Their parents don’t have a car, so you have to walk with them. And then you can understand what their life is,'” Esther said.

However, after arriving in Paris, she learned that the world’s idea of what it meant to be a royal was a complete contrast to her own definition.

“Some people have asked me, ‘Are you a real princess?’ Because people don’t think in Africa we used to have kingdoms and empires,” she explained.

“In the minds of some people, Africa is slaves, it’s dirty, it’s nothing.

“And people think to be a princess or prince, that it’s about money. But nobody talks about duty, education, or leading by example. Things like that,” she said.

In the fashion world, ‘the princess could be Black or blue or crocodile’

Despite this, it ended up being Esther’s HRH title that helped secure the career she has today.

Esther became the first Black model in France and has since worked with the likes of Lanvin, Paco Rabanne, Pucci, and Jean-Paul Gaultier. Since 2010, she has trained models for Culture and Creation, a fashion show held in France that aims to unite 40 nationalities in the fashion world.

“When you are young, you don’t think, you work. Of course, because I decided to leave Burundi, I had to accept everything,” Esther said.

The princess-turned-catwalk-star believes that, during the time that she was starting out in the 1970s, the industry was “more curious and more open” — and it was ultimately this mindset and her royal status that helped her to land a double-page feature in an American high society magazine.

“You know, it is a very conservative magazine. You have to be blonde with blue eyes,” Esther said.

“When I did that picture, I did it because I was a princess. The princess could be Black or blue or crocodile.

“At that time, things were easier and you didn’t feel differences because we were professional and there was elegance. We don’t have that elegance in the fashion industry today,” she said.

Even so, the world still had a long way to go when it came to inclusivity. During this time, Esther could rarely find makeup that was made for Black women, so she often ended up using products that belonged to her friends.

And becoming the country’s first Black model wasn’t even on her radar at the time.

“When you look at your face in the mirror, you don’t see that you are Black or white or pink, whatever. It’s you,” Esther said.

“At that time I was hungry, I was supposed to work. When you arrive from very far in a society that you are going to live, you have to work.

“Everything that happens in our life is because you meet someone who gives you the road. Because we need each other. You give me hands, tomorrow I give those hands to someone else.”

In 2004, Esther propelled herself onto a different road. She decided she wanted to swap out her princess title for president, and announced her plans to run for Burundi’s upcoming general election.

She told The Independent of her decision at the time: “Normally the first lady of a country is the wife of a president.

“Women in Burundi came to me and asked me to stand for president, so we can have a proper first lady.”

And one of her first priorities as a presidential candidate was to bring the monarchy back to Burundi.

“Look at the countries today where you have the most liberty — England, Denmark, Spain. They are all places where royalty was never abolished,” she told The Independent in 2004.

“The king of Burundi was murdered in 1972; no one ever asked the common people if they wanted a republic. Now, I want to hold a referendum, to give the people the choice to have their royal family back.”

Needless to say, if Esther had succeeded in her plans, this would have made for an entirely different interview. Even so, it’s 16 years later, and although her opinion on the monarchy has changed, she doesn’t regret a thing.

Esther told Insider that her reason for running for president was “to show the young generation, especially women, that nothing is impossible.”

“To go back to the monarchy,” she said, “I don’t think it’s possible now because everything was destroyed.

Little did Esther know at the time, but she didn’t need to return to Burundi to make change in the world. In fact, she didn’t even need to reinstate the monarchy in order to be seen as an influential royal.

Esther was asked to join Royal Bridges, a society exclusively for artists and patrons of art from imperial, royal, princely and noble houses from around the globe.

The society holds events all across the world, where different royals are able to connect with each other and draw attention to causes that they are passionate about.

“I’ve learned to never give up, to respect. And be kind. You will always cross someone on a similar path, who can help you. That’s how I met Henri [Estramant, founding director of Royal Bridges], who connected me with royal houses across the world,” Esther said.

The princess uses her platform with Royal Bridges to promote her patronage, the Royal Drummers of Burundi, a UNESCO listed world heritage performance that goes back to the days of the royal court.

The drummers were most famously used at regal events including coronations, royal weddings, and funerals until 1966 when the country became a republic.

More recently, Esther plans to promote her new charitable foundation — The Foundation of the Princess Kamatari of Burundi — which she set up to champion environmental causes.

She has already started work in Mali, Africa, where she plans to combat the use of black plastic bags.

The princess has come a long way since losing her father all those years ago. Through the hard work and initial uncertainty, she made history with her modeling career.

Now, the activist is one of the most prominent examples of what it means to be a royal. In Esther’s own words, it’s all about “duty, education” and “leading by example.”

“My wish today is for the royal houses around the world to join my foundation, and help me to help others,” Esther said.

“Because you are Black, you are blue, you are crocodile, it doesn’t matter — we need people to give a hand to help others.”

Princess Keisha of Nigeria says she didn’t know her now-husband was a prince until 2 years into their relationship, when his mom called her ‘my princess’

A Greek prince says he used a fake name to work at Fox News, but his cover was blown when coworkers saw photos of his brother’s royal wedding