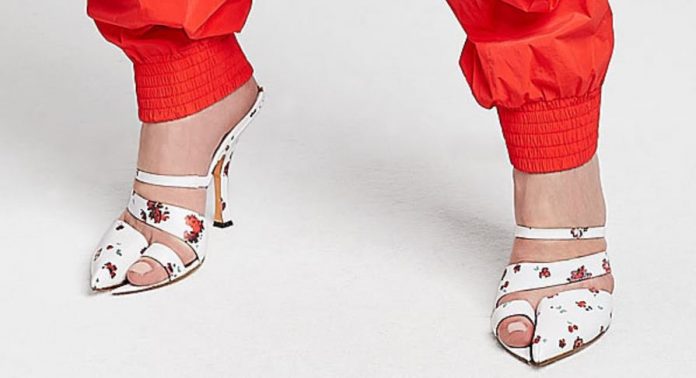 Just when you think fashion couldn’t get any more weird, ‘big toe shoes’ are apparently a thing and are here to stay.

The clue’s in the name really; the shoes single out the big toe so it’s poking out of the material in a way which I can only describe as something which will haunt my nightmares for years to come. Take a look below if you don’t believe me.

Warning, not appropriate for those with a foot phobia:

I told you. The shoes, created by Parisian label Y Project, are retailing at £790 (nearly $1,000) – meaning you only have to fork out rent and grocery money for a whole month on the delightful things. Brilliant.

Because I’m just so darn helpful, here’s a list of other (better) things you could buy with that amount of money: a five star holiday with flights included; an iPhone XS with 64GB; or, if you’re really sensible, you could put it all into a savings account.

If you would rather spend your hard-earned money on these, erm, unique shoes you’d better make it quick, because they appear to be selling out – and fast. First appearing as part of the designer label’s Spring Summer 2018 collection, as per Dailymail.com, the design’s popularity has only grown as it was seen on the catwalk yet again this year.

The trend can be traced back to the closed-toe Tabi boot, which are the creation of Maison Margiela and were first worn by models at Martin Margiela’s debut show in 1988, as per Vogue.

The boot (which has now been made into a shoe, too) is a re-interpretation of the traditional Japanese split-toe socks, which were originally worn with sandals.

Even if we were to ignore the fact that these shoes resemble actual hooves, just think about the comfort factor for a second. For all I know, they could be the comfiest things in existence, but judging from this picture alone I’m guessing they’re not.

I’m more than willing to accept that I could be way behind the times with these and they could be the next best thing in fashion. Who knows? Maybe in 10 years I’ll be strutting my stuff in the latest Tabi boots, in which case I’ll eat my words.

But until then, they will remain the ugliest shoes I’ve ever seen. Sorry, not sorry.

A Broadcast Journalism Masters graduate who went on to achieve an NCTJ level 3 Diploma in Journalism, Lucy has done stints at ITV, BBC Inside Out and Key 103. While working as a journalist for UNILAD, Lucy has reported on breaking news stories while also writing features about mental health, cervical screening awareness, and Little Mix (who she is unapologetically obsessed with).