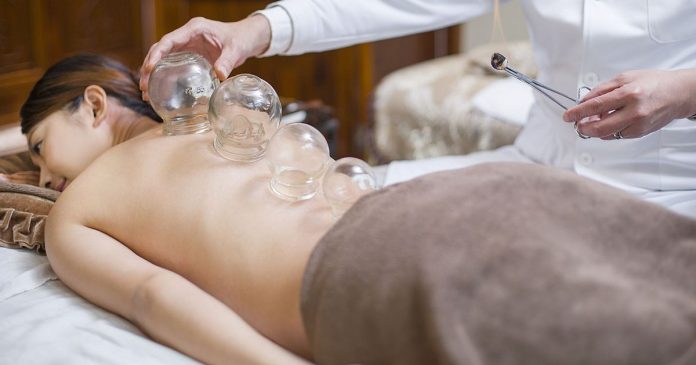 Celebrities fork out thousands on the latest trends in the hope they hold the secret to optimum health and eternal youth.

Earlier this year NHS England Chief Executive Sir Simon Stevens singled out Gwyneth Paltrow for promoting “dubious wellness products and dodgy procedures” that can be damaging to our health.

Paltrow’s own brand Goop has repeatedly come under fire for selling costly and controversial products, such as vaginal jade eggs and a ‘vampire repellent’ spray to ‘conjure up positivity’.

We called in the experts to talk us through Hollywood’s wackiest health fads and whether or not they really work.

Are any of them worth your hard-earned cash?

A favourite of Paltrow, Victoria Beckham and a string of other A-listers, this is a painful but ancient technique said to reduce inflammation and skin scarring.

Apitherapy’s efficiency is thought to be due to the antimicrobial and anti-inflammatory properties of bee-produced extract.

But study data is varied and far from extensive.

Another showed that human plaque psoriasis was significantly improved in 25 patients injected with apitherapy over a six-month period.

But one recent 11-month study looking at the effect of monthly BPV injections on Parkinson’s patients showed no significant difference in symptoms.

It’s important that further large scale, long term, double blind trials are conducted before Apitherapy can be promoted as a valid treatment for serious diseases.

And it’s far from risk-free – it can cause anaphylactic shock or even (in extreme cases) strokes in those who are allergic, so always consult your GP before considering this as an option.

Angelina Jolie is reportedly a fan of retaining her youthful complexion by smearing fish eggs all over her skin in the form of a caviar body treatment.

The A-lister has become a fan of the treatment extracted from the eggs of Baerii sturgeon, reared on farms in the South of France.

In sessions lasting up to three hours, Jolie is swaddled like a mummy to sweat out toxins before being smothered all over in the body cream.

It promises to ‘drench the skin with moisture and nourishment’ and combat ‘loss of firmness and slackened skin’.
Because of the high oil and protein content of caviar, it is thought to be especially moisturising.

The fish smell is removed as extracts of caviar are used instead of whole roe.

“Not only will massaging it on to your face help soften and even erase lines, its rich content of vitamins A, D and omega 3 fatty acids should keep skin looking hydrated and youthful for longer.

“Better yet these same nutrients can help plump skin from the inside – so taking a daily cod liver oil supplement will keep your skin healthy and glowing at a tiny fraction of the price of spooning fish eggs onto your face, with better results and without the mess.

“The best thing you can do with caviar is put it on a plate and eat it.”

Tom Cruise and Harry Styles are said to be into the Japanese Nightingale – or ‘bird poo’ – facial, which consists of using dehydrated bird faeces to brighten your skin and fight acne.

Dried under UV lights, the excrement is mixed with rice bran and water in the spa and applied as a face mask.

Dr Lucy Glancey said: “This is no different from having mild acids like glycolic acid on your skin.

“Bird faeces are particularly acidic because birds don’t urinate, so the uric acid that usually comes out in the urine comes out in their faeces instead – meaning it could cause more damage than good.

“I would personally rather have a properly regulated, professionally applied glycolic acid peel rather than putting bird poo on my face.

This is an ancient Asian therapy where heated cups are placed onto the skin, creating suction that supposedly improves blood flow. Practitioners claim it helps everything from muscle pain to cellulite and depression.

It was Goop wellbeing guru Gwyneth Paltrow who set the trend for cupping when she attended a film premiere with the distinctive circular welts clearly visible on her back – but then picked up a celebrity following along with tennis ace Andy Murray.

Dating back 5,000 years, the therapy is a form of acupuncture, and is based on the idea that suction from the cups draws the skin up and mobilises blood and energy around the body.

“Bleeding was part of mainstream medicine in the 18th century, until they found out it was harmful rather than helpful.

“Putting a suction cup on the body may cause the skin to constrict and there could be some increased blood flow, but the idea that this could treat any medical condition is laughable.

“It’s utterly implausible and just another ingenious way of relieving the rich and gullible of their money.

“There are many medical conditions – back pain being one of them – that we can’t do much about, or even find out what the cause is.

“That’s sad, but spending thousands on something as daft as cupping won’t help.”

A Timeless History of the Swatch Watch